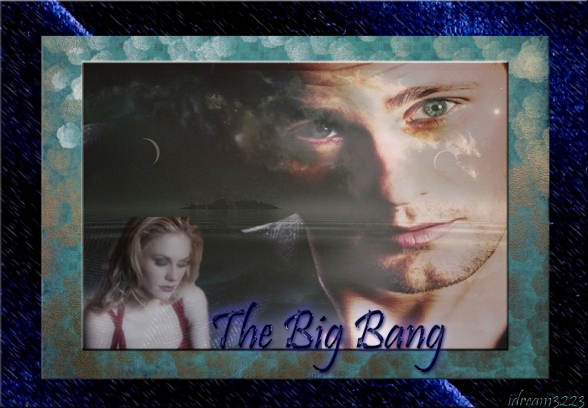 When Eric awoke she was asleep beside him, like she had been every night since her fight with the Were. It had been three weeks since that night and their plans and, alliances had been had been coming together nicely, but she, his love, was weakening. A thousand times he had replayed her telling him that she didn’t rest unless she needed to heal. His worry was always at the back of his mind, but he had no idea what to do to make it better.

They had shared blood nearly every night since then and it restored her for a brief time, but each night when he rose, she was there tucked into his side, sleeping peacefully. He watched her and felt his mind wander away, seeking answers that he had no way to get. Who could he ask? Who could he trust? Only Sookie herself, and she avoided his questions, stubbornly clinging to the notion that she had to be strong for him, for all of them. She still didn’t understand why she needed him, only that she did.

Last night had been especially difficult for her. When they had left his chamber they had found an invitation to A Sky Full Of Stars, an event hosted by Niall Brigant and his company Dreamscapes Unlimited. To the human world Niall was a philanthropist who supported advancements in pharmaceuticals and medicines for the human race. He worked closely with the US government and others around the world to manufacture new cures for the diseases that ravaged the population. He had been established prior to the Reveal and had produced drugs that had induced miraculous rates of healing in the human populace. That alone had given the Fae credibility for their promises, and had paved the way to what success they had thus achieved.

In conjunction with Sookie’s company, Brigant Industries, which focused on environmental and industrial cleanup, they had launched numerous programs that engaged the residents of this world and made them feel empowered to change things for the better. Unemployment was at an all-time high and the civil unrest in addition to governments having to bail out numerous industries opened the door to manpower for these programs. Both companies together offered training and jobs to those in desperate need.

Niall focused on community outreach, and in making sure his drugs were available to all in need no matter their financial status. Sookie handled outreach around the world, bringing water to the desert, and crops to those with no food. She cleaned up industrial waste and worked with corporations to find better ways to keep their businesses open and not kill the world they all shared together. She funded reforestation of decimated rainforests and ran shelters for animals that had been evicted from their natural habitats until change and reformation could be completed that would one day return them to their rightful homes.

It was hard work and she met with lots of resistance from the top one percent that received the most benefits from these dangerous practices. She was in boardroom after boardroom showing them that they could still profit and help restore and maintain the environment that they all needed to live. On the surface it was perfect. She and her Grandfather were an unstoppable team and they were lauded and applauded the world over for their efforts.

A Sky Full of Stars was an international event that would be hosted in New Orleans, where Niall’s corporate offices resided, and the list was full of not only red carpet celebrities, but also high ranking officials from governments around the world, including the US Vice President and his wife. Sookie and a few other key well know Fae representatives were expected to celebrate their accomplishments and to reveal the next step of their plan to save the planet.

“I hate fucking shadow games!” she had screamed throwing the invitation to the floor. “He knows I know, and he knows that I am going to stop him!” She had begun pacing then. “I have to be there and he knows it. For me not to show up only casts doubt on the real work that I am doing. I would rather just face him head on and let this be done once and for all!” Tears of rage were slipping out now as she paced faster around her office like a caged animal.

“What would happen if you did face him one on one, Sookie?” She rarely spoke of Niall and he took advantage of the opportunity to gain knowledge of their opponent. She had stopped at his question, deflating instantly, like she was a balloon and he had let the air out of her. He could barely hear her whispered answer.

“He would kill me in about three seconds. I learned everything I know at his knee. I could not beat him in battle, and that is the best case scenario.” Despair filled the bond now and he was at her side instantly.

“Best case scenario? What could be worse than that?” There was certainly nothing worse that Eric could think of than losing her.

“Worst case, he kidnaps me, holds me until the Ciar agenda is fulfilled and then sets me to walk what is left of this world alone. I would rather be dead.” The truth of her words swept over him.

“You will never be alone, Sookie.”

“He would kill you, too, Eric. Even if you managed to escape his nets, when the human race goes, so do you.” She was shaking now. “There would be nothing for me here then. Nothing at all.”

Pulling her close to him and told what was in his heart, “I am not easy to kill, and I don’t give up either. No matter what happens, we won’t fail, not as long as we have each other.”

“But if he takes me and forces me to-” he cut her off.

“It won’t change a single thing. We will always be together. That is me in your veins, and you in mine.” He pulled her head up to look into her eyes. “That is me in your heart, and you in mine. To be away from you is a pain that I can’t imagine, but should I be forced to realize it, then know that every single moment I have left will be spent trying to get me back to your side. Will you promise me the same, my Queen?”

“I promise.” A small smile appeared on her lips and she could feel her despair lessening. “You always know the perfect thing to say to me.”

She began to awaken next to him, pulling him from his thoughts of the past and the future. She snuggled closer to him, not speaking as she came slowly awake. When she had nestled her head in that spot on his chest that seemed to made for her and he had wrapped her in his arms, feeling something inside him relax, as it always did when she was close to him.

There were calls to make, and arrangements to make for their trip to New Orleans, but for now they just lay there, holding each other not speaking.

Some things were too big for mere words, so they opened their bond and let themselves share that perfect moment of peace of love between just the two of them. After all, what was the point in saving the world if you couldn’t take a moment to enjoy the thing that you were fighting for in the first place.

They were entering her office when she turned to him, “Should we go to Louisiana early? We could talk to Sophie Anne and see if should would be willing to help us?” He nodded.

“I had thought, too that it would be advantageous to have an ally in the state where his main operation resides. I could also show you my bar in Shreveport.” A devilish glint in his eye.

“And I could wear a flouncy dress and wander in looking for a dance?” she twinkled back at him.

“I will admit that I would like to meet this Sookie Stackhouse woman.”

“Should I be jealous, lover?”

“Definitely. From what I have heard she knows how to hook the big ones.”

“I will club you, you realize that don’t you?”

“Oh, I hope so. A good clubbing from time to time can be fun.”

“I don’t think who ever has been clubbing has been doing it right if you think it’s fun,” she shot back.

“Tell me why you are sleeping now, Sookie. Why do you need to heal?”

“I take it back, you know what clubbing is.” He could see the joy seeping out of her now and he almost regretted pressuring her to tell him, but he needed to know.

“How can I protect you if you won’t tell me the truth, Sookie?” She saw his pain and worry in that moment and was just about to relent when he doubled over falling to his knees on the floor. She was at his side instantly. She could feel his agony through the bond, loud and blazing, and she could feel another smaller pain coming from somewhere else through the bond they shared.

“Pam?” he nodded. “Hold on, baby.” She wrapped her arms around him and closed her eyes starting to light up from the inside. In a flash of light they disappeared from her office.

One thought on “Shadow Games”