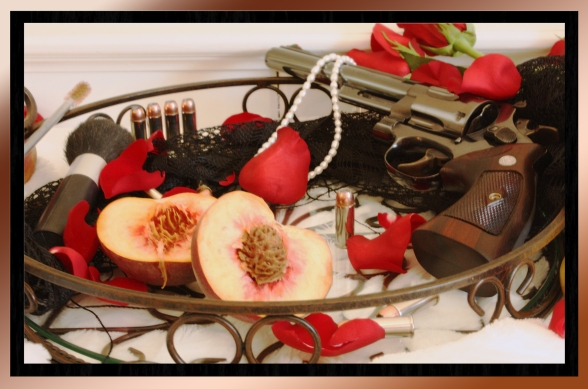 Disclaimer: Southern Vampire Mysteries & True Blood are property of Harris, Ball and HBO.  No copyright infringement is intended and no money changed hands. These are just the musings of  fan, inspired by Skarsgård’s portrayal of Eric Northman.

*The stories on this site are graphic in nature and are rated NC-17 for language, violent situations and graphic sexual content.*

Eric ‘The Northman’ is a late night talk show host on WKDED in Shreveport.  His call in show, Night Vision, has brought him into the supernatural spotlight when a local vampire becomes a fan.  When her desire for him brings her out into the night to claim him as her own she is interrupted by a fiery assailant who ends her life and removes Eric’s memories of the event.  His need to remember and understand what happened takes him down a dark and winding path into the world of the supernatural where he meets a woman who takes his breath and his heart with her fiery magical ways.

TB/S3E12/ Evil Is Going On/Eric & Sookie/NC-17- Sookie drags Eric in from the sun only to have Bill try and kill him before he has recovered.  Acting instinctively she teleports them to Fae where the ghost of Godric tells her that a danger she did not see coming was barreling down quickly and only the love that she and Eric share can save them both from what is to come.

A SCANDAL IN SHREVEPORT–Meet the vampires who were the basis for Sherlock Holmes and John Watson and see what happens when the meet up with the fairy causing a Scandal in Shreveport.  Someone will be begging for mercy twice before this is over.

Eric Northman has loved Sookie Stackhouse since he was eleven and she was eight.  He thought that he would have more time to let her know what she meant to him, but a tragic event in an alternate universe has changed the landscape of Eric’s future.  How far will he go to let her know the secrets of his heart?

Banner and award by American Android 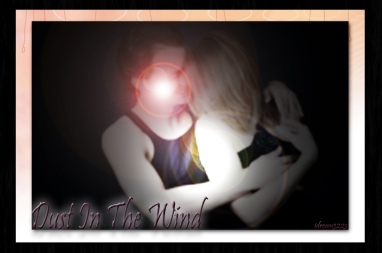 Dust In The Wind/M/AU/AH/Eric & Sookie- Sookie is a misfit high school reporter sent to interview one of the most popular boys in school when he wins the National Merit Scholarship.

Amnesia Eric free from pride and unburdened by emotion shines some light on his previous actions and helps Sookie to see things differently.

In the first season I wondered where was Eric when Pam puts Bill in the ground with Jessica?  Season One was huge waste of our favorite vampire, though Season Two did a lot to fix it, I wanted something sooner.  I wanted something right from the beginning. 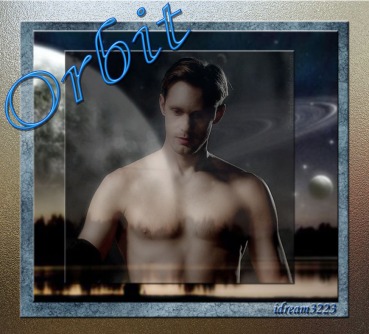 Orbit–This one goes out to VictoryinTrouble.  Her naughty provocative one shots combined with this stellar   fan art on YouTube were the inspiration. Thank you, Cantrous for the awesome video inspiration.

Eric told Sookie he owned her because he owned her house.  He told her that she was two Sookie’s, human Sookie and something more.  Fueled by anger and desire she enters his house and tells him that he is hers and dares him to vampire up and explore how high they can go together. 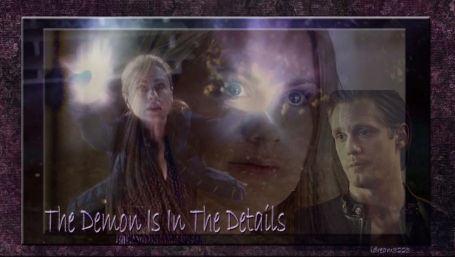 The Demon Is In The Details/SVM/Dead Ever After/OOC/NC17- Sookie seeks the truth about herself and her life with and without Eric.

Velvet Divorce/SVM/Deadlocked/OOC/NC17—As Sookie’s world slides more and more beyond her control she makes some radical decisions that could change things for her and Eric. 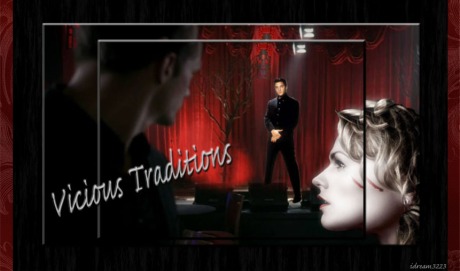 Jesus For The Jugular/SVM/Dead in the Family/OOC/NC17– Alcide drugs Sookie without her consent trying to turn a telepath into a shaman.  What might she see if she could but open her first two eyes, let alone the third?

I Will Not Let You Down *One Shot* SVM/OOC/NC17/Definitely Dead/ What was behind the scene on Sookie’s porch when Quinn comes to pick her up for their date and Eric shows up.

You Are A Tourist/SVM/M/Set in Dead Until Dark-Sookie finds the strong woman she should have been after surviving being alone her whole life, ostracized and abused and asks the right questions in the right places.

Thousand Miles *One Shot* SVM/Set in Dead Reckoning/OOC/M On the verge of breaking her bond to her vampire lover Sookie decides to talk to Eric first.

Fix You- *One Shot* Set in Dead To Worse/OOC/NC-17/ The scene in the Corvette when Eric drives her home after meeting Niall for the first time. 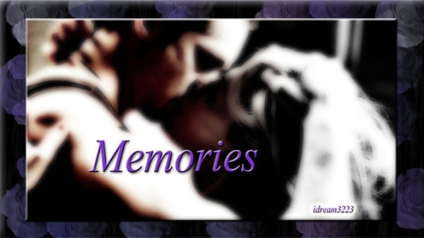 Memories *One Shot*/Set between From Dead to Worse & Dead and Gone/OOC/M for language.  Eric and Sookie finally have that conversation about what happened when he lost his memories.

Bleed For Me *One Shot* SVM/Club Dead, the healing and blood giving scene in Russell’s mansion./OOC/NC-17

*One Shot* SVM/Set in All Together Dead, The infamous bonding scene/OOC/NC-17 for adult content. 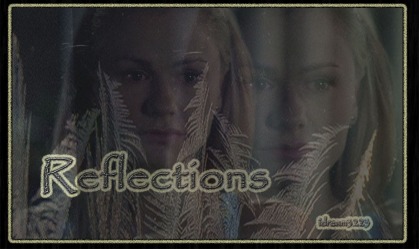 *One Shot* SVM/Dead to The World/OOC/ Rated M for language:   Sookie has a cold winters night at home between Christmas and New Year’s to think on her choices and her life.

When Hep-V was unleashed on the world the vampire population mutated into something new.  Now the hordes run rampant over the planet, driven by an endless hunger to feed on flesh and spread their contagion to all living things.  The world is ending in beats fast and slow and Eric is looking for the woman who means more to him than anything else.  Will it be too late when he finds her, and what terrible sacrifices might he have to make to set right what has gone wrong?

FauX–What would you give to have superpowers? There’s a new drug for sale called FauX, and for the right price you can experience what it is to be supernatural.  Follow the adventures of VBI Agent Eric Northman and SIN Agent Sookie Stackhouse as they race to prevent humanity from finding out there is more going bump out in the night than they ever dreamed!

THE BIG BANG–  The Fae were the ones to do the great reveal, not the vampires. Change one thing, change everything and some love stories find a way to happen no matter what.

Special thanks to Gyllene for the rockin’ banner!

Take Me To Church—  She built a shrine for him, complete with his own throne. Would he ever see her, and would she remember if he did?  Eric & Ginger’s final scene together, done the way I think it should have been. 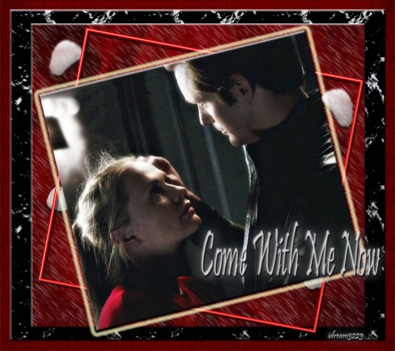 Come With Me Now–Eric’s Voice: “Today was a good day to die. In the moments I had left, Sookie pressed to my back, guns in her hands, guns in mine and Death hovering in the corner, remembrance tugged at me. Like a loose thread in my mind I went back to where this all started. I wanted to spend what time I had left remembering how I got my Happily Ever After, because that is what mattered. How long it lasted was always beyond our control. What mattered was that after so very long, I had reached that place with her at my side. I had reached that place with Sookie, the woman of my undead dreams.”

Sometimes you don’t know what you think you know…. 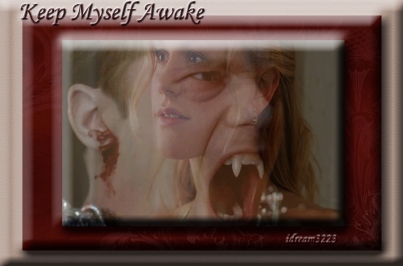 Keep Myself Awake– Set in SVM-Dead To The World- Hallow cursed Eric to lose his memories and go to his heart’s desire, but what if she had tracked him to continue his punishment ? AU/OOC/ Eric/Sookie/NC-17

TWENTY QUESTIONS–S4 Ep2 of True Blood.  Eric demands that Sookie be his, and when she agrees it takes him on the ride of his immortal life.  AU/OOC Eric/Sookie/NC-17 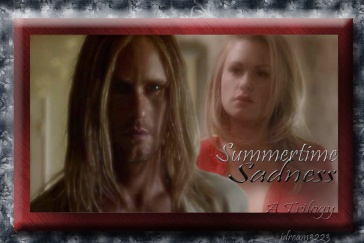 SUMMERTIME SADNESS–A  TRILOGY— Set five years after Dead Ever After, Sookie stops listening to everyone else and starts listening to herself, finally getting it right. AU/OOC  Eric/Sookie/NC-17 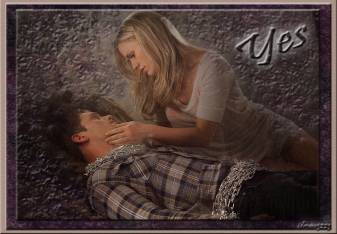 YES- True Blood S4 – What if Eric had followed Sookie out of Bill’s mansion to finish their conversation when she ran off after hearing that Bill planned to blow up the Moon Goddess?  AU/OOC/ Eric/Sookie/NC-17

Join 920 other followers
Follow idream3223 Fanfiction & Other Writing on WordPress.com